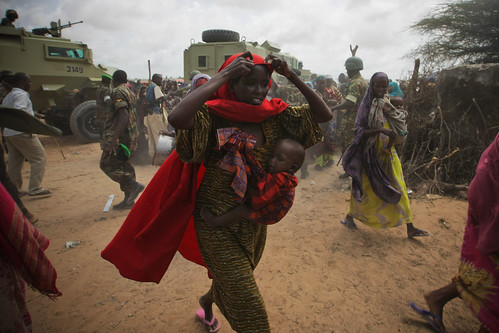 Women rush to a feeding centre after the soldiers of the Transitional Federal Government (TFG) cannot contain the crowd in Badbado, a camp for Internally Displaced Persons (IDPs). Famine has been declared in two regions of southern Somalia – southern Bakool and Lower Shabelle. The United Nations indicates that 3.7 million people across the country, that’s nearly half of the Somali population, are now in crisis and in urgent need of assistance. An estimated 2.8 million of those are in the south.