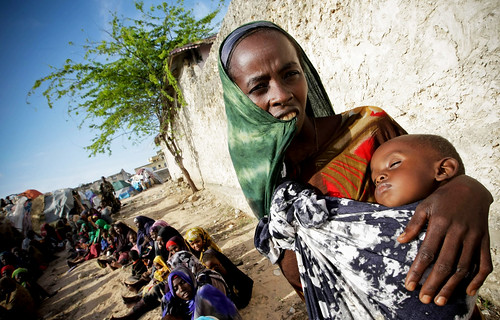 A Somali woman holds a malnourished child, waiting for medical assistance from the African Union Mission in Somalia (AMISOM), an active regional peacekeeping mission operated by the African Union with the approval of the United Nations. Somalia is the country worst affected by a severe drought that has ravaged large swaths of the Horn of Africa, leaving an estimated 11 million people in need of humanitarian assistance.