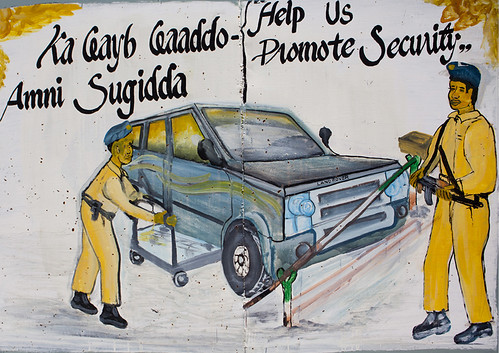 I do not know why i had the go to visit Burao as once in the town, it was forbidden to go out of the car! Too dangerous said the escort! It seems that 15 days before, 3 people had been shot by Puntland men...
I was just allowed to visit the camel market, but a local policeman came and shout after my driver saying "do you want the foreigners to be killed?! Get out of here!"
Well...back to the hotel...
On 29 October 2008 there were three explosions in Hargeisa. The explosions occurred at the UNDP office, the Ethiopian-Trade Office and the President’s Villa. Deaths were reported at both the UNDP offices and the Ethiopian Embassy. Exact numbers of injured and dead are not clear. Since this time, most of the public areas and hotels are heavily protected.