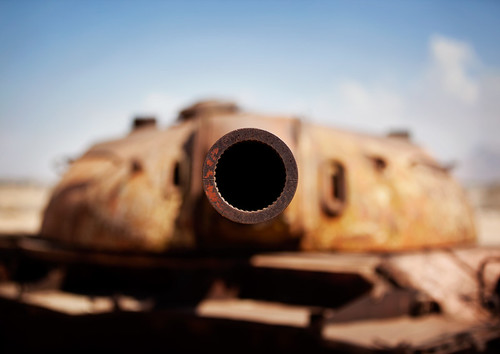 One of my favorite photos from Somaliland. Along the roadside Eric took a picture of me taking it with hipstamatic and that's actually my avatar.

Somaliland is so much more than tanks!

The people of Somaliland are very aware of their tarnished public image due to their historical association with Puntland and the South. In every city I visited, people urged me to show how Somaliland was different from Somalia. They want the world to know the level of peace they’ve attained in their ultimate quest for self-determination. Though Somaliland may share a common history, language, and blood with the South, the people deserve a distinct portrayal. They border one of the most dangerous and violent territories to ever exist, a place where the anarchy is surpassed only by tragedy. Merely twenty years ago their cities were razed to the ground by civil war, forcing them to rebuild almost everything. The international community refuses to reward their efforts towards peace and order, insisting on continuous ineffective solutions for the region. Despite these obstacles, the Somalilanders have somehow managed to construct a functioning state. Of course, it still has a long way to go, but what they’ve accomplished so far is nothing short of amazing. Currently, they wish to be recognized as a separate country, but the people I spoke to overwhelming hope for the day when their “brothers” from Puntland and the South finally find peace so that they can reunite under a single flag.

If you want to go, Somaliland Travel and Tourism Agency makes it very easy.