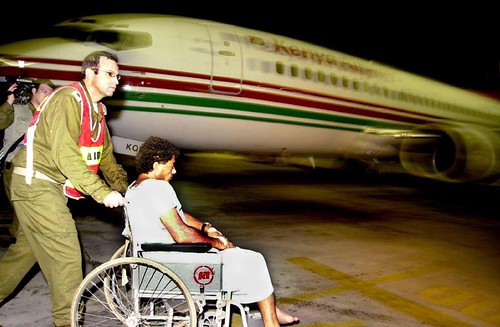 On November 28, 2002, terrorists committed two attacks on an Israeli-owned hotel and airplane in Mombasa, Kenya. A vehicle drove through a barrier outside the Paradise Hotel and exploded. The attack killed 13 and injured 80. Simultaneously, two missiles were fired at an “Arkia” airliner.

The Home Front Command rushed to send a team to Kenya. Four Israel Air Force planes with supplies, 150 officers and soldiers (including search and rescues instructors and army medical staff) left for Kenya. The delegation departed to Kenya November 29, 2002, one day after the attacks occurred. The aid workers treated the injured and assisted the 253 Israelis that were waiting to return to Israel.