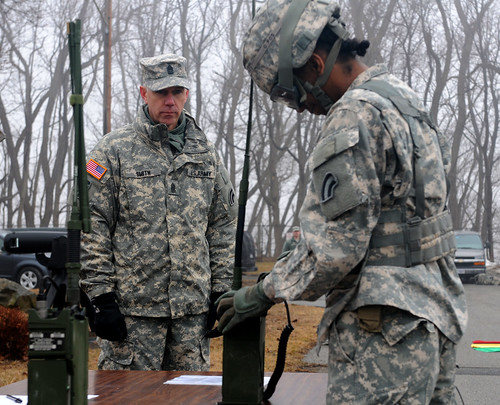 The Best Warrior competitors represent each of New York's brigades after winning competitions at the company, battalion, and brigade levels. At the state level they are tested on their physical fitness, military knowledge, endurance, marksmanship, and land navigation skills. The two winners of the competition, one junior enlisted and one NCO, advance to compete at the regional level later this year.