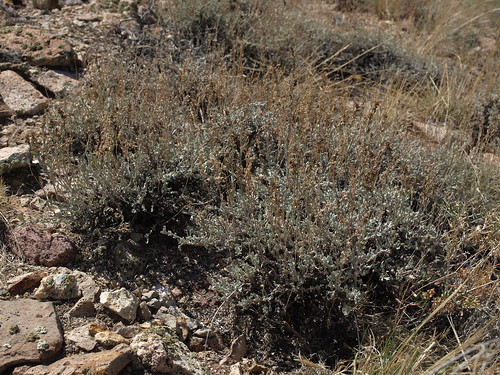 Black sagebrush is widespread in a variety of habitats across most of the intermountain west of the United States, from higher desert valleys nearly up to subalpine elevations. It occurs on more arid sites, on average, than the other species mentioned here. At least here in the White Mountains, this gray form tends to occur on better-developed, less alkaline soils, while the green form tends to be found on calcareous rock outcrops and other harsher and/or more alkaline soils. The name black sagebrush refers to the appearance of the plants (the bark in particular) when wet after rain or fresh snowmelt.