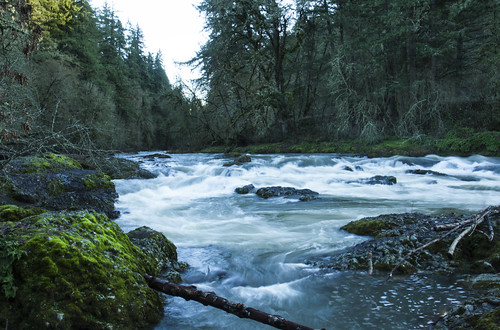 This photo was taken near McKercher Park.

The Calapooia (cala - POO - ya) River is an 80-mile (130 km) tributary of the Willamette River in the state of Oregon. The Calapooia was named for the Kalapuya (also spelled Calapooia), a tribe of Native Americans.

The McKercher Park to Brownsville section of the Calapooia River is 7 miles long and is, according to American Whitewater, a class I section of whitewater. Whitewater rafting and kayaking spots in Oregon tend to be more challenging than the national average, so don't forget that the rivers in this state are less manageable.