MAO ASIAN KITCHEN [SOME ARE SURPRISED BY THE NAME]-159981 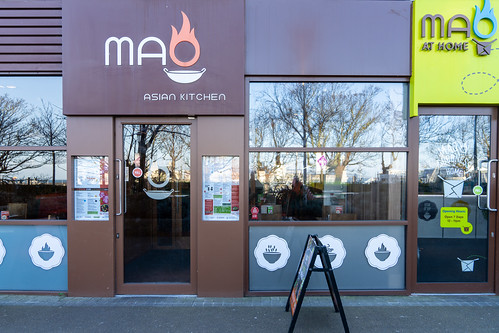 This particular restaurant is located in Dun Laoghaire and when I worked in the the town I would visit at least once ever week but I have not eaten there for many years and I believed that the chain was sold back in 2010.

The first Mao restaurant opened on Chatham Row, Dublin in 1997. The name attracted some criticism, given Mao Zedong's role in the Great Leap Forward, Cultural Revolution and Great Chinese Famine. This first restaurant was decorated with Andy Warhol's famous silkscreen print of Mao.