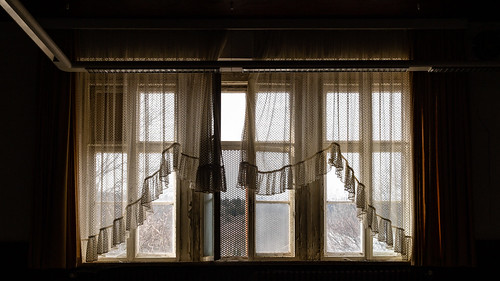 The impressive building in the German Ore Mountains was constructed in the 1870s and was used as a hunting residence of the Saxon nobles in the 20th century. In fact, the stately home was in possessions of the royal family which was also spending a lot of time here.

After the end of monarchy in 1918 the manor-house was becoming less important. Now it was transformed into a hotel owned by a Masonic lodge. But when the lodge was banned by the Nazi regime soon afterwards, it was only allowed for soldiers to take a vacation here. During the war, the German Wehrmacht used the building as sickbay for wounded of the Russian campaign. Later Soviet occupying forces were dispossessing the owner and the place was used as another vacation home.

After the political wind of change in Germany of 1990 the estate was used as a training and conference center of the region’s police school. Then only the noble architecture was a reminiscence of the original role of the building. But still today you can find some debris of the time of the police school.

Watch this documentary to learn more about the manor: www.youtube.com/watch?v=2ar4etUrQd0