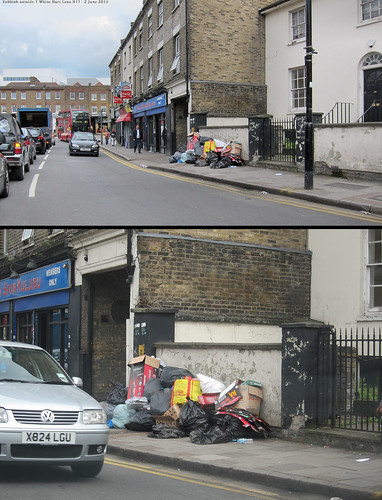 2 June 2014. This building is about forty metres (45 yards) from High Road Tottenham. This area is now seen as centre of Haringey Council's "regeneration" plans in Northumberland Park ward in north-east Tottenham.

However badly Haringey's political "leaders" fail local people, you might think they could at least solve something this basic. Preventing endlessly repeated dumping outside a Grade 2 listed Georgian building.

I've been reporting and photographing dumping here for over seven years. I assume that the size of this pile signals that the local elections are over for another four years.