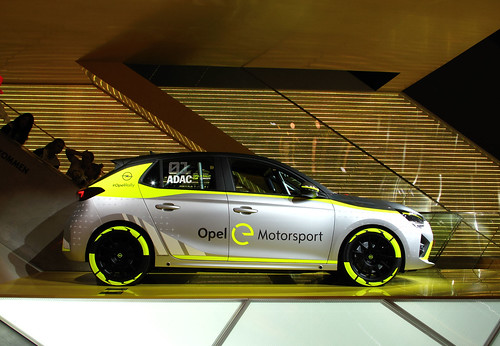 At the Opel stand all eyes were set on the new Corsa. You could even argue to name it the most notable debut at the 2019 Frankfurt Motor Show, because its sales will surpass those of any other newly launched model on the show. The Opel Corsa shares its platform with the new Peugeot 208, which means it comes with the same engine lineup including a full-electric version, the Corsa-e. The Corsa-e has maximum power of 100 kW/136 hp and a range of 330 km according to WLTP from its 50 kWh battery. Of course Opel hasn't forgotten traditional petrol and diesel units. The engine lineup starts with a 1.2-litre three-cylinder engine with 55 kW/75 hp, while turbocharged versions of the same engine produce 74 kW/100 hp or 96 kW/130 hp of power. The 1.5-litre four-cylinder diesel engine delivers 75 kW/102 hp of power. Note that all engines are coming from PSA Peugeot-Citroën, unlike the newly developed engines from Opel in the refreshed Astra.