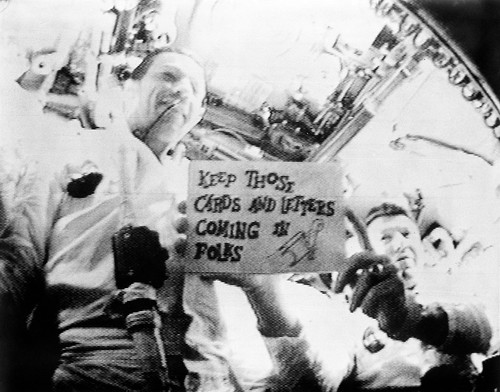 On October 14, 1968, the Apollo 7 crew became the first to broadcast live on television from space. In this photo, Walter M. Schirra Jr. (right) and Donn F. Eisele are seen during the first live television transmission. Schirra is holding a sign which reads, "Keep those cards and letters coming in, folks!" Out of view at left is astronaut Walter Cunningham.