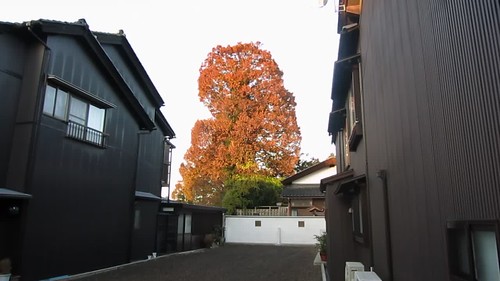 A friend's temple where he began the practice of ringing the morning with pause for prayer between strikes. Now his oldest son, also taking priest's work, is the one who rings and prays most days. A lot of temple bells and other metal accoutrements were melted during the (2nd or Pacific) War. So re-installing these important temple features after 1945 was a big undertaking, relying on donations from parishioners.