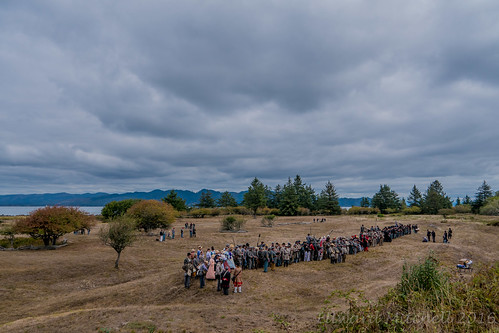 Many wonder why we have Civil War reenactments in the Pacific Northwest. Well, over 15,000 Civil War veterans moved west to Oregon after the war, according to the US National Park Service (www.nps.gov/cwindepth/StateByState/Oregon.html)

In Washington, over 5,000 Civil War veterans are buried in cemeteries there.

Fort Stevens itself was built during the US Civil War, because of the Civil War. There were fears the South would make it to the Pacific and attack up the Columbia River, far inland, to cause harm to the north's agricultural interests.

That makes this reenactment unique - Fort Stevens is a Civil War era fortress in the western US.

The photos here were taken with either an Olympus E-M10 or a Lumix GH-4 camera, and processed in Lightroom.