Home » Photos » A Case for Space

A Case for Space 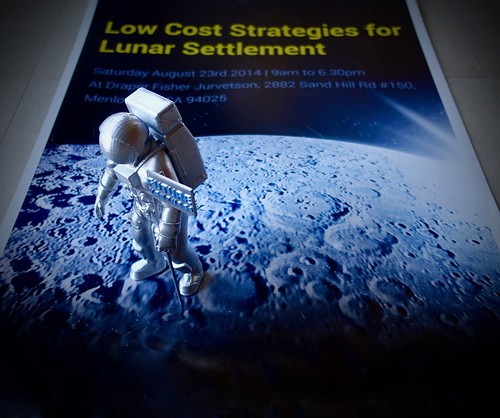 When I share enthusiasm for some new space exploration or colonization initiative, I occasionally hear the retort that we should focus on saving Earth first, often with climate change in mind as the imminent existential threat.

A recent articulate example from Facebook: “It seems to me that we are in such a significant emergency (really interrelated emergencies) that we need to focus all of our ingenuity and resources on transforming our energy systems, infrastructure, agriculture, transportation, political systems, etc. right here on this planet. I am afraid that we will end up exporting our exploitative culture to space and not make the changes here that we need to restore the life support systems of our planet.”

And my reply: When I have heard these concerns in the past, I have dashed off a retort about the false dichotomy, but the concerns persist, so let me try to be a bit more thoughtful, and please let me know if you find any of this to be persuasive:

1) Positive inspiration: living in space is the ultimate recycling and sustainability challenge. A fair number of people like to dream of something grand as they simultaneously solve the problems of today. You mention transforming energy, ag and transportation. Think of the advances that some of the “space people” have made in this area. Tesla came after SpaceX. Some of my most recent investments have been in fusion power and animal-free meat manufacturing. They are both HUGE priorities to save the Earth (we have to stem the growth of hundreds of new coal power plants in China and meat manufacturing globally, both major sources of GHG). But they are also essential for off-world colonies — energy and food production challenges are more acute when imagining a lunar or Mars base.

For a breakthrough solution, you often have to imagine a challenge greater than the creeping incrementalism of “problem fixing.”

2) Direct synergy: where would the environmental movement and the climate change science be without space? From the whole-Earth image of our pale blue dot to the Earth observation satellites, one could argue that space initiatives have been the greatest advance for the environmental movement (Sierra Club). The founders of Open Lunar are the founders of Planet; like me, they still have their day jobs where they image the entire Earth every day from space. Other space entrepreneurs are putting up GPS-RO satellites to measure upper atmosphere weather (essential to climate models and weather prediction) and this data cannot be gathered from the ground. These satellite constellations are now cost-effective because of the lowering launch costs from SpaceX and some of their competitors.

3) Differential advantage: not everyone on the planet should be focused on the same thing. You provide a partial list of priorities, but should a domain expert on poverty or the diseases of the poor shift entirely to something on your list of emergencies? Do you want to argue that climate change trumps other priorities, and even if it does, do you have a rank list of what to prioritize within that domain? This climate-change prioritization list surprised me as to the space-synergies.

4) Experimentation zones: this is a new opportunity. If we want to perform experiments in geoengineering, Mars and Venus might be better places to start as we hone our skills and verify our simulations. And if we can make one habitable, and humanity becomes multi-planetary, it would be one of the greatest accomplishments for our civilization. These experimentation zones could include the “political systems” you mention and go beyond the “charter cites” that Paul Romer espouses to “charter civilizations” with experiments in better governance among the off-world colonies.

In short, exploring the final frontier and saving the Earth are not mutually exclusive; rather, they are deeply synergistic, inspirational and focused on the ultimate sustainability challenge.

And the entrepreneurial drive to forge a future that inspires future generations with the potential of progress is a worthy endeavor in its own right.