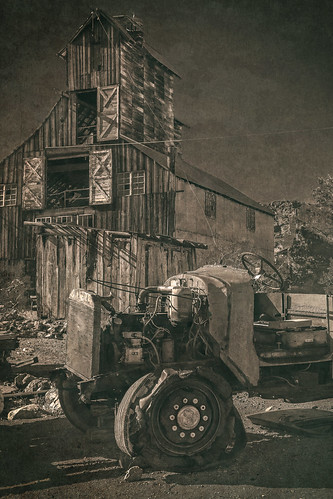 Nelson is a census-designated place in Clark County, Nevada, United States. The community is in the Pacific Standard Time zone. The location of Nelson is in El Dorado Canyon, Eldorado Mountains. The town is in the southeast region of the Eldorado Valley. As of the 2010 census it had a population of 37. Nelson is located along Nevada State Route 165, about 8 miles (13 km) southeast of its junction with U.S. Route 95. Route 165 continues east 5 miles (8 km) to a dead end at Nelsons Landing on the Colorado River, 18 miles (29 km) by water north of Cottonwood Cove on Lake Mojave. Nelson is about 25 miles (40 km) from Boulder City by road. The area known as Nelson was originally called Eldorado in 1775, by the Spaniards who made the original discoveries of gold in the area that is now Eldorado Canyon. The town was the site of one of the first major gold strikes in Nevada and one of the biggest mining booms in state history. Gold and silver were discovered here around 1859. The rush to the canyon began in 1861, several mining camps were established in the canyon, and a steamboat landing at the mouth of the canyon on the Colorado River, called Colorado City. In its heyday, the area established a reputation for being rough and lawless. During the American Civil War, deserters from both the Union and Confederate armies would wander there, hoping that such an isolated location would be the last place military authorities would look for them. Among the early mines established was the notorious Techatticup Mine in the middle of the canyon. Disagreements over ownership, management and labor disputes resulted in wanton killings so frequent as to be routine and ordinary. Despite the sinister reputation of the mine, it along with others in the town produced several million dollars in gold, silver, copper and lead. The mines in the canyon were active from about 1858 until 1945. The community called Nelson was named for Charles Nelson, a camp leader who was slain in his home, along with four other people, in 1897 by the renegade Indian, Avote. Between, 1901 and 1905 the San Pedro, Los Angeles and Salt Lake Railroad was built across southern Nevada, through Las Vegas, to Daggett, California where it connected to the AT&SF, and the complete Salt Lake–Los Angeles line was opened on May 1, 1905. This nearby railhead ended the need for steamboats at Eldorado Canyon, the landing and the mill there were abandoned. The town of Nelson was born near the head of the canyon nearest the road to the railroad, the post office of Eldorado was closed on August 31, 1907 and moved to Nelson. The mines and the landing are accessible through the town of Nelson off US 95 about 25 miles southwest of Las Vegas. Much of Nelson, which was not impacted by the 1974 flood, remains today and is located near the top of the wash, away from the flood channels. The sparsely populated community consists mainly of privately owned ranch houses, and a river and mining tour business housed in a former Texaco gas station, north of the road from the Techatticup Mine, that has been used as a filming location for several feature films, including 3000 Miles to Graceland. The fate of Nelson's Landing is a warning to visitors to this region who should watch for conditions leading to flash flooding. They should also be cautious of open mines and ventilation shafts.
en.wikipedia.org/wiki/Nelson,_Nevada

El Dorado Canyon is a canyon in southern Clark County, Nevada famed for its rich silver and gold mines. The canyon was named in 1857 by steamboat entrepreneur Captain George Alonzo Johnson when gold and silver was discovered here. It drains into the Colorado River at the former site of Nelson's Landing. The town of Nelson lies in the upper reach of the canyon. Eldorado Canyon Mine Tours operates mid way in the canyon at the Techatticup Mine one of the oldest and most productive mines in the canyon. Prospecting and mining in the El Dorado Canyon had been going on from at least 1857 if not earlier. But in April 1861, as the American Civil War began, word got out that silver and some gold and copper lodes had been discovered by John Moss and others in what became known as El Dorado Canyon, in New Mexico Territory, now Nevada. The canyon was on the west side of the river sixty five miles above Fort Mohave at what was then considered the limit of navigation of the river. George A. Johnson came up river and made a deal to supply the mines with his steamboats at a lower price than that provided overland across the Mohave Desert from Los Angeles. That fall news of the strikes in the Colorado Mining District, (by 1864 also called the Eldorado Canyon District), brought a flood of miners to the canyon. Several mining camps were founded in the canyon over the years. At the beginning San Juan, or Upper Camp were at the top of the canyon miles from the river near the modern town of Nelson. Midway down the canyon near the Techatticup Mine were Alturas and Louisville. At the mouth of the canyon was the boat landing of Colorado City. During the time of the American Civil War, three new mining camps developed in the middle canyon. In 1862, Lucky Jim Camp was formed along Eldorado Canyon above January Wash, south of the Techatticup Mine. Lucky Jim Camp was the home of miners sympathetic to the Confederate cause. A mile up the canyon was a camp with Union sympathies called Buster Falls. In late 1863, Col. John R. Vineyard, at the time a California State Senator for Los Angeles, completed a ten stamp mill the first in the canyon, on its north side just below Lucky Jim Camp, at what soon became El Dorado City. Vineyard's mill, assembled from mill parts salvaged from abandoned works in the Mother Lode country of California, processed the ore of its mines and cut out the cost of shipping the ore out to San Francisco for such processing, cutting costs in half. George Alonzo Johnson's steamboat company losing this downstream ore trade and making fewer trips up to the Canyon responded by raising its freight rates. From 1865 to 1867 as part of Mohave County, Arizona Territory, El Dorado Canyon had its own post office. In 1867, to secure the riverboat traffic and protect miners in the canyon from Paiute attacks the U.S. Army established Camp El Dorado, an outpost at the mouth of El Dorado Canyon that remained until it was abandoned in 1869. From 1870 the mines again were active to the point where from 1879 to 1907 El Dorado Canyon again had a post office, now in Clark County, Nevada. The mines continued to produce ore until World War II.
en.wikipedia.org/wiki/El_Dorado_Canyon_(Nevada)