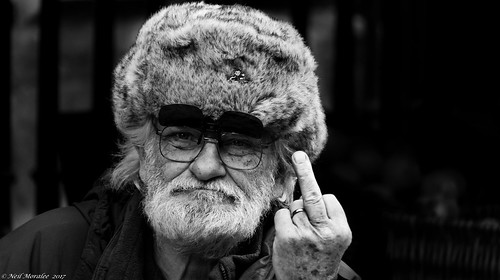 Noddy is a fictional character created by English children's author Enid Blyton, originally published between 1949 and 1963. Noddy was illustrated by the Dutch artist Eelco Martinus ten Harmsen van der Beek from 1949 until 1953.

Television shows based on the character have run on British television since 1955 and continue to appear to this day.

The first book explains Noddy's origins. He was made by a woodcarver in a toy store but ran away after the man began to make a wooden lion, which scared Noddy. As he wanders through the woods, with no clothes, money or home, he meets Big Ears, a friendly brownie. Big Ears decides that Noddy is a toy and takes him to live in Toyland. He generously provides Noddy with a set of clothing and a house. While Noddy is quite happy to be a toy, the citizens of Toyland are not sure that he actually is one. They put Noddy on trial and examine whether he is a toy or an ornament. Eventually, Noddy is declared a toy, but still has to convince the court that he is a good toy. The judge accepts that Noddy is good after a doll tells the court that he saved her little girl from a lion, and he is allowed to stay in Toyland. Noddy gets his car in the second book. It is given to him after he helps solve a local mystery.

As a self-employed taxi driver, Noddy loves driving his friends around Toyland in his little red and yellow taxi. The other toys can hear him coming by the distinctive "Parp, Parp" sound of his taxi's horn and the jingle of the bell on his blue hat. Often he uses his car to visit all of the places in Toyland. When his taxi business is not doing so well, or when he needs help, Noddy turns to Big Ears. Big Ears will often lend him what he needs.


Noddy has many run-ins with Mr. Plod the local policeman. Some are caused by Noddy's lack of understanding of how Toyland works. Other times it is because of a case of mistaken identity. Mr. Plod is generally long-suffering towards Noddy and Noddy likes Mr. Plod and frequently goes out of his way to help him. Mr. Plod often catches the mischief makers on his police bicycle, by blowing his whistle and shouting "Halt, in the name of Plod!!" before locking the culprits up in his jail.