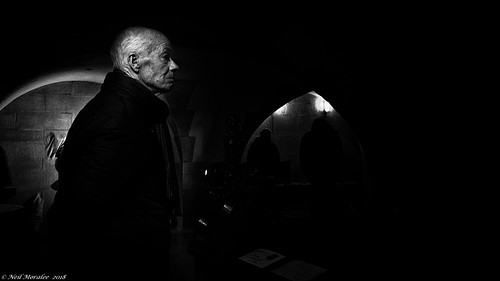 Nothing is normal. Dramatic castle overlooking the Teign Gorge, undergoing a conservation project to make it watertight

Castle Drogo is a country house and castle near Drewsteignton, Devon, England. Constructed between 1911 and 1930, it was the last castle to be built in England. The client was Julius Drewe, the hugely successful founder of the Home and Colonial Stores. Drewe chose the site in the belief that it formed part of the lands of his supposed medieval ancestor, Drogo de Teigne. The architect he chose to realise his dream was Edwin Lutyens, then at the height of his career. Lutyens lamented Drewe's determination to have a castle but nevertheless produced one of his finest buildings. The architectural critic, Christopher Hussey, described the result: "The ultimate justification of Drogo is that it does not pretend to be a castle. It is a castle, as a castle is built, of granite, on a mountain, in the twentieth century".

The castle was given to the National Trust in 1974, the first building constructed in the twentieth century that the Trust acquired. Currently undergoing conservation (2013–2018), the castle is a Grade I listed building. The gardens are Grade II* listed on the National Register of Historic Parks and Gardens.