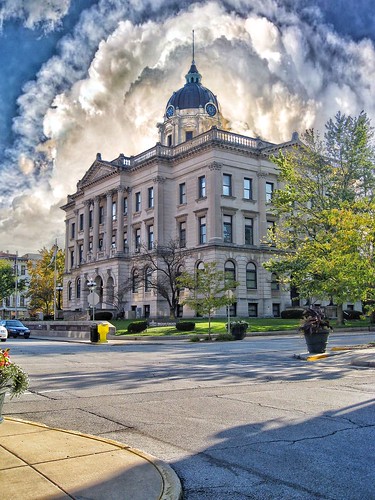 The McLean County Museum of History is an AAM accredited[1] institution located in Bloomington, Illinois. It is the principle program of the McLean County Historical Society, an Illinois nonprofit organization, which was founded in 1892 to study local history. The museum moved into its current location in 1991.
The initial purpose of the McLean County Historical Society was to meet and present papers on local history topics. Soon, people in the community began donating historical objects to the society. In 1904, the society opened its first museum and hired a curator. Reinvigorated by a change in leadership and New Deal dollars in the 1930s, the entire collection was re-inventoried and re-cataloged. Additionally, indexes to archival and local periodical collections were developed.

A fire in the museum structure in 1972 forced the society to reevaluate itself, though the fire did not damage the collections. Consequently, a newly organized board made the decision to operate the museum on a professional basis. In 1979. a long-range plan was developed to achieve AAM accreditation, which was realized in 1984. The museum was reaccredited in 1996 and 2008. In 1989-1991 McLean County Courthouse was renovated and converted to a museum 157