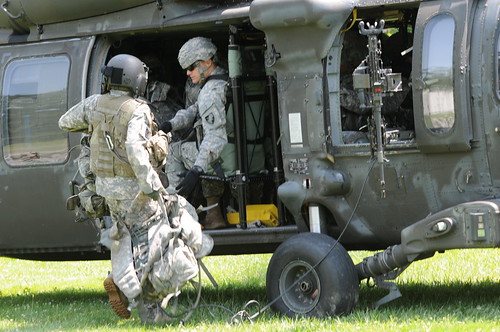 United States Military Academy at West Point cadets prepare to board a UH-60 Blackhawk helicopter while watching the aircraft land at the Camp Buckner parade field Friday, July 18, 2014. During the training exercise, cadets loaded themselves and their gear on the aircraft and then performed a training mission after getting off at Landing Zone Vulture. (U.S. Army Photo by Sgt. Jonathan Monfiletto)