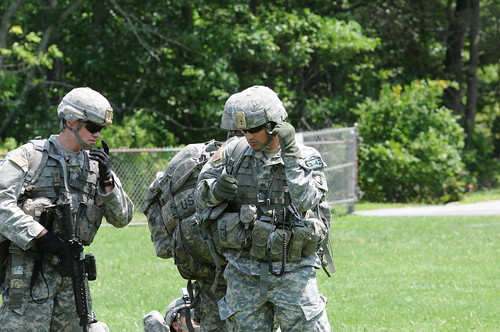 United States Military Academy at West Point cadets don their equipment in preparation to board a UH-60 Blackhawk helicopter at the Camp Buckner parade field Friday, July 18, 2014. During the training exercise, cadets loaded themselves and their gear on the aircraft and then performed a training mission after getting off at Landing Zone Vulture. (U.S. Army Photo by Sgt. Jonathan Monfiletto)